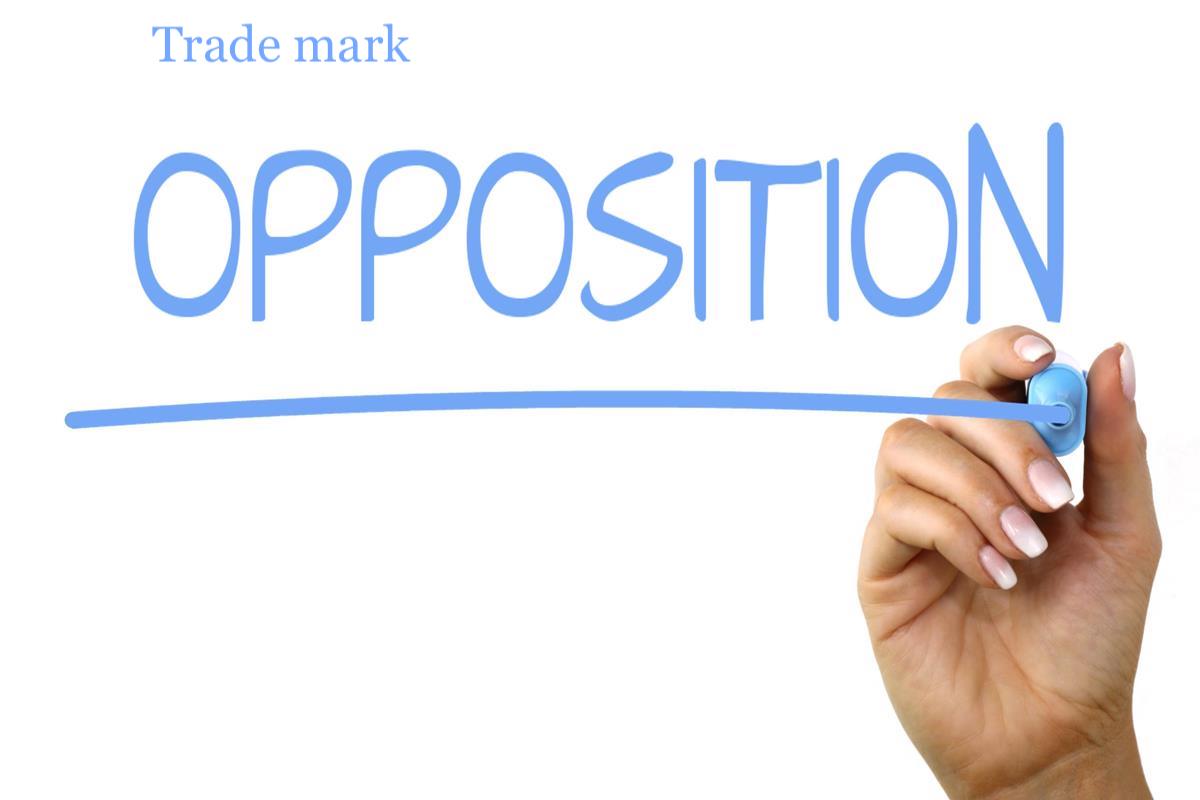 1.Opposition procedure in Bulgaria. With one of the last amendments of the Trade Mark and Geographical Indications Law (the Bulgarian abbreviation of this act is ZMGO and comes from “Закон за марките и географските означения”) of 26.02.2010 - SG, no. 19 of 2010 26.02.2010, the National Assembly of Republic of Bulgaria adopted an interesting and practically new change in the procedure of registration of trademarks, by introducing the so-called opposition procedure.

Under the new system of trademark registration, the examination of registration applications will be done on an absolute basis only on absolute grounds.

If the application submitted meets the requirements of Article 11 of the ZMGO, it will be published in the Official Bulletin of the Patent Office. The new relative grounds for refusal of registration presented in Article 12 of the ZMGO refer to the fact that when an opposition is filed, the trade mark will not be registered if: it is identical to an earlier trade mark and its goods or services are identical to the ones of the earlier mark; because of its identity or similarity to an earlier trade mark and the identity or similarity of the goods or services of the two marks, there is a likelihood of confusion by the consumers, including the possibility of connection with the earlier mark.

Here, as grounds, several criteria have been given, which also existed in the old norm of Art. 12 of the ZMGO - an earlier mark, similarity of goods and / or services, as well as phonetic, visual or conceptual similarity between the two brands, leading to confusion among consumers. These criteria should normally be given cumulatively, and the degree of similarity depends on the degree of overlapping of those criteria. In the new Article 12 (1) of ZMGO there is also a legal definition of what is "an earlier mark":

In fact, the opposition procedure is fully and specified in the new Art. 38b - 38d of ZMGO (New, SG No. 19/2010, effective of 10.03.2011). Under Article 38b of the ZMGO within three months of the publication of the application, the proprietor of an earlier mark within the meaning of Art. 12(2) and 3 of the ZMGO, the licensee of the exclusive license of the earlier mark, the actual holder of an unregistered trade mark used in the commercial activity on the territory of the Republic of Bulgaria and for it has been filed an application for registration as well as the owner of a mark filed by an Agent or representative of the owner without his consent may, on the grounds of Art. 12 (1) ZMGO file an opposition against:

The opposition is a written document in the form of a petition filed in two copies at the Patent Office. This request must be substantiated by indicating the legal basis on which it is based and as well, detailed reasons and the accompanying evidence to support the request, possibly making it warranted. The opposition must contain information about the person submitting it, for the trademark, which is the subject of the opposition - the application number or registration number, date of filing, registration or priority, as well as a statement of paid state fee. When the opposition is based on a well-known trademark, it must be accompanied by evidence of the recognition of the brand. For opposition filed under Art. 38b, (1), item 1 of the ZMGO, the applicant for the national trademark, object of the opposition, shall be notified. At the same time, notice is being sent to both parties of the opposition giving them a three-month deadline for reaching an agreement that begins to run from the date of the notification. This period may be extended twice by three months upon written request signed by the parties. If the parties deposit a settlement agreement within the three-month period, the opposition proceedings shall be terminated. When the opposition is justified, it is decided to partially or completely refuse the registration of the opposition mark. The order for filing, filing and reviewing of oppositions shall be determined by an order of the Council of Ministers.

Article 38b (7) of the ZMGO states that for an opposition filed under Art. 38 (1), item 2 the International Bureau shall be notified. This opposition, as I said above, concerns the recognition of the effect of international marks on the territory of the Republic of Bulgaria. Formulated this way, the hypothesis of Art. 38, (1), item 2, as well as that of Article 38(7) of the ZMGO, do not regulate and contradict the words of Article 12(1) , items 5 and 6 of ZMGO. Why? It is said that when filing opposition to international trade marks, the International Bureau is notified, taking into account the International WIPO Bureau, Geneva, which administers the filed and registered international trademarks. But again, if this sounds logical, nothing is said about the referral of EUIPO (European Union intellectual property office) in Alicante, which administers European Community trademarks. Nowhere has it been stated the terms of execution, and it is not even mentioned that this organization should be notified of its opposition to the trademark objects it administers. This is an obvious omission in the law, which should be corrected in a timely matter.

In the light of what has been said here, it should be noted that the verification of the relative grounds for refusal of registration of 10.03.2011, will no longer be a priority of the Patent Office, which has been doing it ex officio until now. This obligation will belong to any interested legal entity who will have to ensure either independently or through the relevant specialist that his rights in relation to a particular trademark are not violated and to do so within the specified deadlines. Otherwise, when regarding an application any opposition hasn’t been filed at the Patent Office or the opposition has been rejected in whole or in part, a decision will be taken to register the mark.

The rules governing the new opposition procedure will enter into force 12 months after the promulgation of the law in the Official Gazette, precisely on 10 March 2011, in order to allow interested parties to obtain this information and to take adequate legal decisions in terms of the new registration procedure, which will require continuous control over the actions of many legal entities holding intellectual property rights on trademarks not only in Bulgaria but also abroad.

Upon filed opposition by the proprietor of the earlier trademark, the filed Community trademark is not registered:

It should be noted here that, according to the jurisprudence of the European Court of Justice, "there can be no likelihood of confusion when the public does not consider that the goods originate from the same place" (see the judgment of the Court of Justice of 29 September 1998 in Case C-39/97, Canon Kabushiki Kaisha va. Metro Goldwyn-Mayer, Inc., OHIM, No 12/1998, p. 1419(23)).

(A) trademarks whose date of filing is earlier than the date of filing of the application for registration of the Community trademark, taking into account, where appropriate, the claimed priorities for these trademarks:

(iii) trademarks registered under international arrangements in force in a Member State;

(B) the trademark applications referred to in subparagraph (a) if they are registered;

When a trademark opposition is filed, the Community trademark application (CTM) is not registered when an agent or representative of the trademark owner has made the request in its own name without the consent of the proprietor unless the agent justifies their actions. In general terms, as with the case of Article 12 of the ZMGO, the one who files an opposition to a CTM should have rights on an earlier trademark or other form of trademark. Another form of "trademark" refers to the so-called "unregistered trade mark" or the vision of a trade logo, imposed on the market. Under Article 8 (4) of Regulation (EC) No 207/2009, in opposition to the proprietor of an unregistered trademark or of another sign used in the process of trading with a higher importance than the local one, the filed trademark shall not be registered where and to the extent that, under the law of the Member State governing that sign: the rights in respect of that sign have been acquired before the date of application for registration of the Community trademark or the priority date claimed for the application for registration of a Community trademark Community; That sign gives the rights to its proprietor the right to prohibit the use of the later trade mark.

This ground shows the advance of Regulation (EC) No 207/2009 and its lack in Bulgarian law in my opinion is unjustifiable, as this international act is part of the Bulgarian legislation. The reasons why an opposition could be implemented on the base of the so-called "relative grounds for refusal" (as in the Bulgarian LAG) are set out in Article 8 of Regulation (EC) No 207/2009.  The filed application for a trademark must be found to be incompatible with the rights claimed by third parties in order for the opposition to be successful.

Any opposition proceeding begins with a period during which the parties may negotiate an agreement - the so-called “cooling-off” period, which allows the parties to solve the case “out of the court”, without additional costs. When no agreement is reached, the opposition proceedings involve an exchange of the statements between the two parties - respectively the applicant and the opposing party. At the end of the proceedings, the EUIPO Opposition Division takes a decision to reject the opposition in whole or in part. If, however, on the basis of opposition, the Community trademark (CTM) is not completely rejected and provided that no other opposition is filed, it will be registered.

Unlike the practice in the Bulgarian Patent Office, the EUIPO opposition as well as the community trademark application can be submitted electronically. The use of the opposition form, which is published on the EUIPO website, is not mandatory, but the proper use of it usually guarantees that the opposition will have no flaws, additionally it is indicated what fees are to be paid, what are the options for payment in this context, etc.