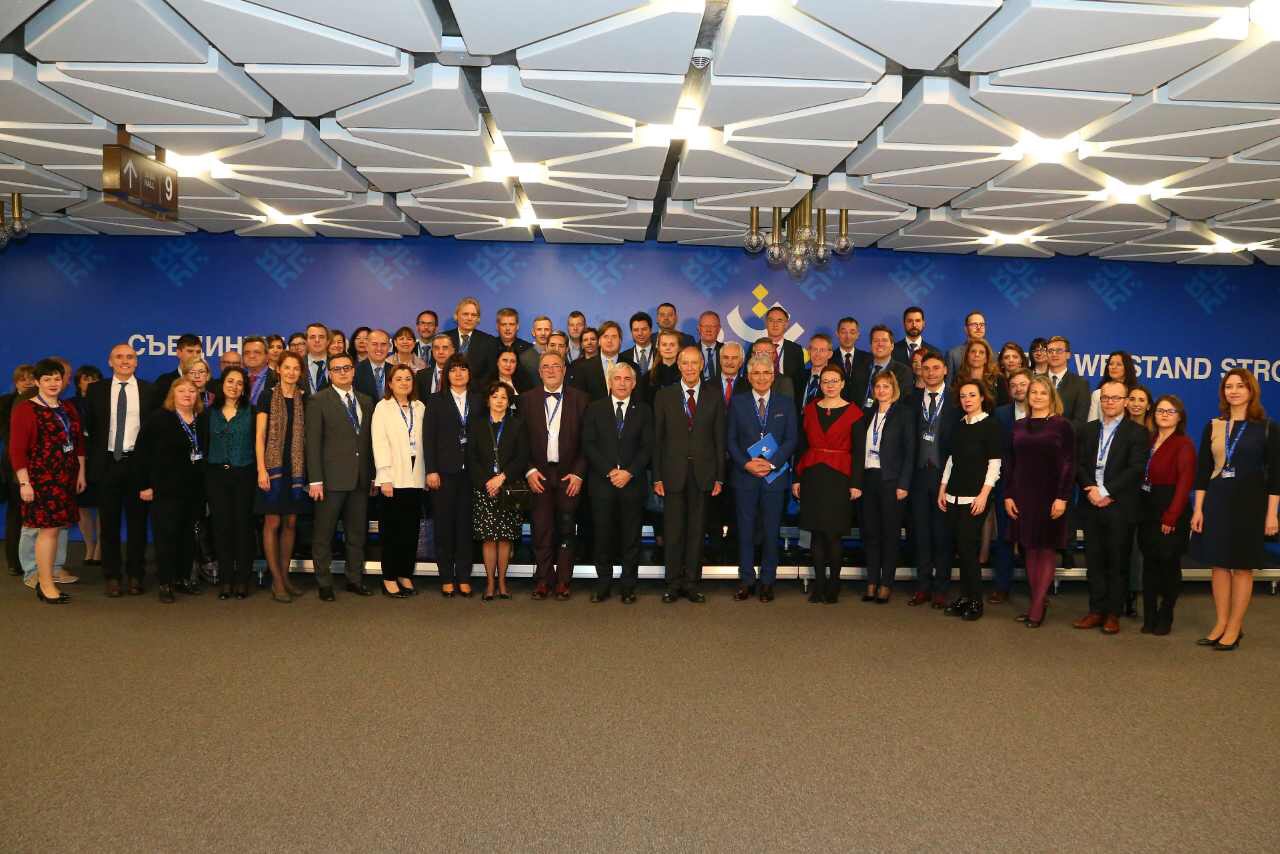 Today in the National Palace of Culture in Sofiq, Bulgaria, meeting hall 8, has been held the international conference „The Industrial Property Today and Tomorrow“, under the auspices of the Bulgarian Presidency of the Council of the EU, organized in cooperation with the World Intellectual Property Organization /WIPO/ and the European Patent Office /EPO/.
Welcome and opening remarks delivered Mr .Valeri Simeonov, Deputy Prime Minister of Bulgaria, in charge of the economic and demographic policy, Vice Minister of Economy Mr. Lachezar Borisov, Mr. Petko Nikolov, Phd, President of the Bulgarian Patent Office, Mr. Francis Gurry, PhD, Director General of the World Intellectual Property Organization /WIPO/, Mr. Benoit Battistelli, President of the European Patent Office /EPO/, Mr. Christian Archambeau, Deputy Executive Director of the European Union Intellectual Property Office /EUIPO/.
The President of the Bulgarian Patent Office Mr. Petko Nikolov opened the conference and thanked all participants for coming to Bulgaria and attending the forum: „We are fully aware of the responsibility, which the Presidency and this respected forum present for us as hosts and I really hope that we will justify your expectations”.
In his speech Mr. Simeonov mentioned that the quality and potential of a given economy depend on development of the scientific and technologic database of the country, as well as on its entrepreneurship.
Vice Minister Borisov shared that the industrial property is of key importance for building of the present society and for creating new, highly qualitative goods and services.
Mr. Gurry noted that Bulgaria had made great progress in the field of intellectual property in the past 20 years. The global innovation landscape had changed with Asian countries playing a more prominent role, notably China, which has been driving a significant growth in patent applications.
Mr. Battistelli – The innovation sector in Europe is continuing to grow. More applications were filed by European inventors than ever before. EPO has been able to deliver more patents while continuing to increase the quality of its patents and services and careful control of costs allowed EPO to reduce some fees from 1 April”.
Mr. Archambeau from EUIPO stressed on the economic importance of the application of the IP Rights; ‘’Today IP rights are everywhere and strongly impact the economic growth. Nowadays is going the 3rd industrial revolution in which the artificial intelligence plays the major role”
Guests of today’s conference are presidents and representatives of patent offices from 25 European countries. Divided in to plenary sessions, it presents the most recent cases and developments within the patent system and the EU system for protection of the trade mark.